Meet Stephanie Grace, the Harvard Law Student Who Started a 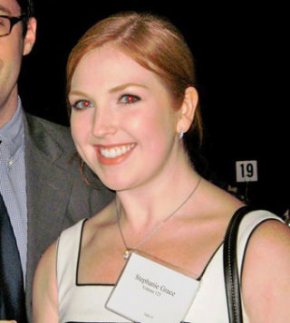 Third-year Harvard Law student Stephanie Grace sent a mass email about whether black people are categorically less intelligent than white people. Now her campus, legal blogs, and the Black Law Students Association are up in arms, and Stephanie is hiding.

In the spring of her third and final year at Harvard Law, Stephanie Grace knows she shot herself in the foot. Coming home after a dinner debate with a group of law students over whether race determines intelligence, Stephanie fired off an email to her companions eugenics-lite email screed about "the possibility that African Americans are, on average, genetically predisposed to be less intelligent." Which was the bigger mistake: thinking this audience wouldn't take offense, or thinking they wouldn't be cutthroat enough to take her down? Someone forwarded the email to Harvard's Black Law Students Association, and the email made its way to Black Law Students Associations' email lists nationwide. Then legal blog Above the Law printed the email with her name redacted. As comment moderators fought to keep her name off their site, Stephanie apparently navigated to Facebook and began scrubbing herself from the internet, presumably to minimize how closely the imbroglio would be tied to her name, face, and reputation.

She ignored our requests for comment, giggling, "That's not me, " when she hung up on us on the phone. (It was her. The outgoing voice message said so.)

So happy trails, Stephanie Grace, and when you have a chance, could you please answer: What is the innate intelligence of a half-black, half-white female, naked on all fours mooing like a cow? Judge Kozinski wants to know.

@AgbafeVictor I'm looking for a hard working Harvard student to help with marketing FreezeCrowd. Email info@freezecrowd.com if it's you! Sat, 13 June 2015 02:13 PM