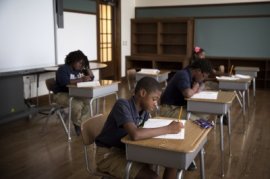 The standardized test, a hallmark of the accountability movement that has defined U.S. public education since 2002, is under growing attack from critics who say students from pre-kindergarten to 12th grade are taking too many exams.

Four states have repealed or delayed graduation testing requirements in the past two years. Four others, including Texas — where the idea of using tests to hold schools accountable for educating children first began — have cut the number of required exams or reduced their consequences. Boycotts, such as when 60, 000 students refused to take exams this year in New York, are on the upswing.

Former president Bill Clinton said two weeks ago that students don’t need to be tested annually, as required by federal law. “I think doing one [test] in elementary school, one in the end of middle school and one before the end of high school is quite enough if you do it right, ” he said.

On Wednesday, a group representing top education officials in every state and the leaders of major urban school districts acknowledged the pushback and promised to evaluate the tests they give and to ditch those that are of poor quality or redundant.

“Testing is an important part of education, and of life, ” said Michael Casserly, executive director of the Council of Great City Schools, which represents 67 urban school systems. “But it’s time that we step back and see if the tail is wagging the dog.” 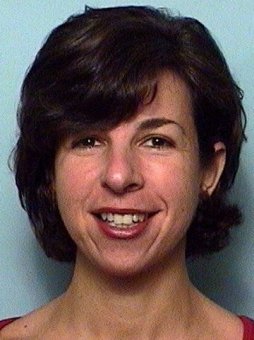 The urban school leaders were joined in their effort by the Council of Chief State School Officers, which represents education commissioners in every state.

Education Secretary Arne Duncan, who said in August that testing was “sucking the oxygen out of the room” and promised to do something about it, applauded the education leaders. President Obama on Wednesday praised the efforts of the education leaders and said his administration would help school districts promote “the smarter use of tests that measure real student learning.”

Robert Schaeffer of the nonprofit National Center for Fair & Open Testing said the move was too timid.

“It’s baby steps, ” he said. “We’ve had 12 years of this high-stakes testing, and the evidence on the ground is that it’s not working. And the public is getting angrier and angrier.”