Article: What does NASA do? Print 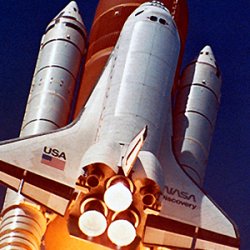 NASA stands for the National Aeronautics and Space Administration. It is a government agency that was created by Congress in 1958. NASA’s mission is to explore space and aeronautics, or flight research. NASA is also responsible for making sure that the United States space program is conducted for peaceful purposes that can help mankind.

The head of NASA has to be approved by the government. The president can give NASA directions, like when NASA was first instructed to land on the moon or build a space shuttle. The mission to land on Mars was also a presidential directive. Any proposed plan needs a lot of money, and Congress has to decide if they will give NASA the funds for the program. The different spacecraft sent out to explore other planets have gathered a lot of information for scientists. NASA has also been involved in building a space station and a space telescope.