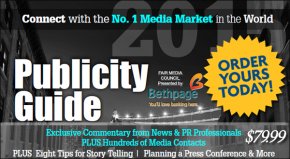 (GARDEN CITY, NY) The Adelphi University chapter of the Society of Physics (SPS) students continues to set the standard for excellence with its seventh Outstanding Chapter Award for the 2011-2012 academic year. Advised by Associate Professor Sean J. Bentley, the Adelphi Physics Club competed for the honor in the Zone 2 region, which includes colleges and universities in New York, Ontario & Quebec. Officers for the year 2011-2012 included President Justin Dove ’12, Vice President Sajan Shrestha ’13, Treasurer Monika Mohacsi ’14, and Secretary John Huber ’12. The club was also named Student Organization of the Month by the University’s Center for Student Involvement in March 2012.

On April 20, 2012, the Adelphi Physics Club hosted its “Lab for Kids” outreach program for 35 students from Westbury High School with the purpose of exposing them to the field of physics and the opportunities available to them in their future careers. The day consisted of a tour of Adelphi’s campus, discussions about various physics topics, hands-on experiments, and a networking lunch with Adelphi physics students and faculty.

The club also hosted an evening with Adelphi physics alumni to share their experiences of life after college and how they were using their physics background in their careers. The event was well attended by current students, faculty, and prospective students.