Notes from the call: Autodesk AutoCAD 2014 for Mac – More Details 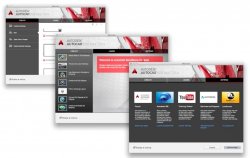 In this article we’ll cover more detail on the new release as well as some background on decisions and some forward-looking information about where Autodesk is taking AutoCAD for the Mac OS X platform. Micah Dickerson–who is an unabashed Mac fanboy at Autodesk–says Autodesk as a company has great enthusiasm for Apple’s resurgent OS X platform and its market leading iOS mobile platform. In fact, later today we shall here more in that direction. 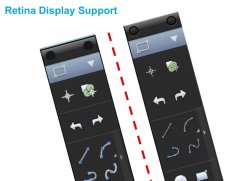 Some may quickly see that AutoCAD 2014 for Mac is somewhat lacking in a lot of major new features. Dickerson said this is because they have “put a lot of work and emphasis on things under the hood to get ready for the future.” And that’s one of the biggest points that needs to be emphasized here.

You see, when AutoCAD for Mac originally came back to the platform a few years ago many CAD pundits seriously doubted the long-term viability and sincere interest behind the project. And they often cited things like a lack of third-party developers or major large end user installs as their evidence. Those CAD pundits and critics are turning out to be wrong.

Dickerson has already stated to Architosh in the past that AutoCAD for Mac users use the product a bit differently than most veteran Windows AutoCAD users. They are a new class of CAD user for a variety of reasons. Part of this is that they are Mac CAD users who have recently adopted the program. Another segment is that many are very young and in school and are Mac users who are learning CAD for the first time. Dickerson said Autodesk is adjusting and learning how to serve this community well.

There is a big effort of change in this release with how one goes about learning and mastering AutoCAD. The Welcome Screen has some welcome changes, most notably on the third tab where social and community extensions come into play. Dickerson said that for instance there are growing members of Mac AutoCAD users entering the official AutoCAD forums at Autodesk and so they are making it easier for users to find those types of resources and to fit more in to the larger AutoCAD community.

Another interesting thing Dickerson said about education is what is happening in colleges and schools. Students in engineering (in college) are grabbing the free educational version of AutoCAD for Mac and loading it onto their MacBook Pro and then coming into class where the lab or teacher is familiar with only the Windows version and because there are small differences in the UI/UX the teacher often cannot help the student. This turns into a point of frustration and the student then runs the Windows version in an emulator or Bootcamp on their Mac. Dickerson said, “we know this is happening and we are going to solve this…”