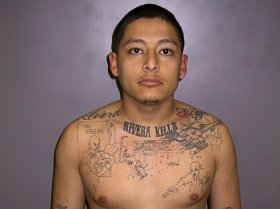 BANGKOK, Thailand — This month's raid on a makeshift El Monte factory where 72 Thai nationals allegedly labored in near-slavery has aroused great attention in Thailand, but not in the way Americans might think.

Far from deterring illegal Thai immigration into the United States, government officials and social activists say, the Aug. 2 raid on the garment factory-and the blurred images left by media here-will spur others to try to come.

"It sounds pretty good to Thai people to stay in a room with a spring bed, instead of a mat, and with air conditioning, " said Charturon Attawiparkpaisan of Thailand's Ministry of Labor and Social Welfare, who clearly confused television pictures of the freed workers in federal detention with life in the alleged sweatshop itself.

"And the wages-about a dollar and a half an hour. They worked about 10 hours a day, and get about $15. That's pretty good by Thai standards, " said Attawiparkpaisan, whose job is to approve the applications of Thais who want to work overseas. But in many cases, U.S. investigators allege, wages were as little as 69 cents an hour, and workdays stretched to 22 hours. 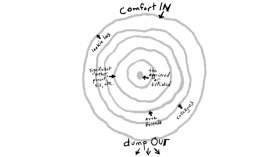 The El Monte case has received front-page treatment in the Bangkok press, but many officials here seem unconcerned about it. A police investigation into the Thai end of the operation has gone nowhere.

As for the Thai capital's garment workers, "most I've talked to still want to go [to America], " Jaded Chouwilai, an activist with the non-governmental Friends of Women Foundation, said last week. "They don't believe things are that bad."

One worker still interested in immigrating, legally or otherwise, is Wirat Tasago, 24, who earns the equivalent of about $1.50 for each pair of made-to-order pants he sews for tailor shops in Bangkok. Six days a week, he toils from 8 a.m. until 10 or 11 p.m.

On days when the tailors don't have customers, the wiry sewing-machine operator doesn't get paid. After 10 years of such labor, Tasago, a migrant from Udon Thani in northeastern Thailand, wants a better life for himself, his wife and their 3-year-old daughter.

"If anybody in America wants a worker, let him come to me. I'll go. I don't like working here, " he said.

However, at another Bangkok garment factory no bigger than a one-car garage, none of the dozen young women who work 16 hours a day, six days a week, stitching cotton shirts for export to Africa echoed Tasago's desire.

U.S. investigators have said that the Thai nationals in El Monte were held captive in the wire-ringed building on the 2000 block of Santa Anita Avenue and forced to stitch garments for an average of 84 hours a week. Some were allegedly held against their will for seven years.

how to download maya free mac and pc
Related Posts

@aImosthere @HesitantFish maya was so clingy and adorable last night bc i just got home frm download Tue, 16 June 2015 10:23 AM