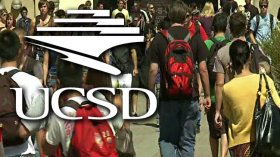 SAN DIEGO — The student-run Che Cafe at UC San Diego will have to close its doors after a judge ruled Tuesday in favor of the university in its eviction lawsuit.

“The university appreciates the court’s decision today, ” UCSD spokesman Jeff Gattas said. “We are hopeful that we will have a smooth transition as we move forward. The university is committed to supporting UC San Diego’s student organizations and providing a broad range of cultural and artistic events and activities on our campus.”

Much of the trial centered around a 2006 lease between UCSD and Che Cafe Collective. Che Cafe didn’t renew in 2008 and had been operating on a month- to-month extension of the lease ever since.

The Graduate Students Association voted to decertify the cafe in June and asked the university to terminate the lease.

UCSD responded by sending the cafe a 30-day eviction notice.

Che Cafe’s attorney, Bryan Pease, argued that the decertification vote was held without proper notice and done in the summer when few students were on campus.