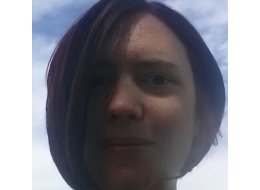 An elementary school kitchen worker was fired by a Colorado school district after she gave free lunches to kids who didn't have the money to buy them - and she says she'd do it again.

While the district says on its website that it would never let a child go hungry, Curry says its standard option for students whose parents make too much to qualify for a reduced or free meal - a slice of cheese on a hamburger bun and a milk - isn't enough.

“I had a first-grader in front of me, crying, because she doesn’t have enough money for lunch. Yes, I gave her lunch, ” the mother of two told CBS.

A family of four reportedly needs to make about $31, 000 or less for its children to be eligible for free lunches, and below $45, 000 for reduced lunches. An elementary school lunch is $2.80 per day in the Cherry Creek School District, which includes Dakota Valley.

Some of the kids who don't qualify for free or reduced lunches still don't have money to eat, and that's a problem, Curry said.

She said on her Facebook that the school itself "had no say in my termination, " and she called for the school district and state to make changes to the lunch program.

"The staff at Dakota Valley are some of the most dedicated, caring, supportive and loving people I have ever had the honor of working with, " she said. "This is just the jumping off point, if anyone has contacts within the school board, local and state government or anyone else that can help change this situation, please let me know!"

The law does not require the school district to provide the meal to children who have forgotten their lunch money, that is a district decision. According to our practice, we provide hot meals to students the first three times they forget their lunch money and charge their parents’ accounts. The fourth time, we provide a cheese sandwich and milk.

The district has worked to keep lunch prices low and still meet the federal nutrition requirements. The costs of our lunch program are not covered by the prices we charge. At the end of the year, any unpaid accounts revert back to the general fund which also covers instruction, security, building maintenance and overall operations.

UPDATE: June 4 - The school district has since released a statement regarding the media coverage of Curry's dismissal:

Ms. Curry was not dismissed for giving free food to financially disadvantaged students. Numerous documented incidents resulted in the action taken by the Cherry Creek School District. Currently, we are unable to fully disclose all of the details concerning her dismissal without her permission, which she presently has declined to give. Should she change her mind, we will release all of the information associated with this investigation.

Get Your Free Student Card Today!

@ScottChipolina @fishtankdurham awesome man, were on at about 8 creo! Free for uni students tonigt too Sun, 21 June 2015 12:26 PM