We tell you about cash you can claim EVERY WEEK! Sign up for our free newsletter. 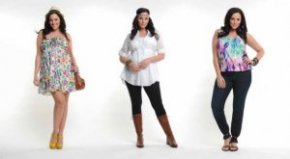 Forever 21 has been hit with a class action lawsuit accusing the popular clothing retailer of failing to provide meal breaks, rest periods and overtime wages. Plaintiffs in the class action lawsuit further claim that requisite bonuses weren’t paid which qualify as overtime, and that the company failed to cover business expenses as required under law.

The Forever 21 class action lawsuit was filed in California by lead plaintiff Juana Diaz. Diaz was an hourly, non-exempt employee who, under California law, should have received bonuses or “incentive pay, ” which was to be calculated as part of her rate of pay. However, Diaz claims Forever 21 forced her to stay at the store during meal time and work through breaks, work more than 10 hours per day at a time with no additional meal period, and work over four hours without her 10-minute break. She also had to drive to different Forever 21 locations around the region and was never reimbursed for mileage, according to the class action lawsuit.

Diaz doesn’t believe she’s unique or has been singled out by the retailer. She’s on the hunt for other Forever 21 employees like her who weren’t paid what they were due, weren’t given meals and rest periods, or were forced to travel without ever being reimbursed. Under California law, Forever 21 must not only provide a fair hourly wage, but also “non-discretionary bonus pay, ” which Diaz never received. Diaz says she not only worked more than 40 hours per week at times, but also worked more than seven days in a row — which is also illegal.

If Diaz and other Forever 21 employees are successful, they may be entitled to up to $4, 000 in penalties as well as any due wages. Diaz further accuses the company of violating wage and hour law by “failing to maintain time records showing hourly compensation, when the employee beings and ends each work period, meal periods, split shift intervals and total daily hours worked by itemizing in wage statements all deductions of payment from wages and accurately reporting all hours.”

Diaz is seeking to represent current and former employees who worked for Forever 21 in California between May 24, 2009 and the present.