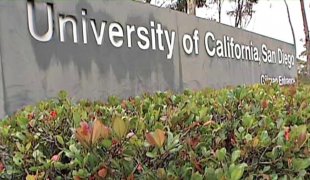 SAN DIEGO – A UC San Diego professor is reportedly requiring that his students take their final exam for a visual arts class completely in the nude.

Associate Professor Ricardo Dominguez has been teaching Visual Arts 104A: Performing the Self for 11 years.

“The class that focuses on the history of body art and performance art in relation to the question of the self or subjectivity, ” Dominguez told 10News by phone Friday.

A mother of a woman in his class claims that her daughter was forced to perform nude for her final in the class, or risk getting a failing grade.

“It bothers me, I’m not sending her to school for this, ” said the woman by phone, who asked 10News not to reveal her name.

“To blanket say you must be naked in order to pass my class… It makes me sick to my stomach.”

Dominguez confirmed that students indeed have to be nude to pass the final.

“At the very end of the class, we’ve done several gestures, they have to nude gesture. The prompt is to speak about or do a gesture or create an installation that says, ‘what is more you than you are.'”

He said that 20 students strip down, including him. He calls it a performance of self, in a dark room lit only by candlelight.

“It is very all controlled, ” he added.

Dominguez said that students know what to expect from the first day of class.

“If they are uncomfortable with this gesture they should not take the class, ” Dominguez said bluntly.

The student’s mother countered that this was not true.

In Dominguez’s 11 years teaching the class, he says he has never received a complaint.

The Chair of the Visual Arts Department, Dr. Jordan Crandall, provided 10News the following statement Monday. In it he states that the class is not a requirement for graduation and that students are not required to be nude. The statement reads:

“The concerns of our students are our department’s first priority, and I’d like to offer some contextual information that will help answer questions regarding the pedagogy of VIS 104A.

“VIS 104A is an upper division class that Professor Dominguez has taught for 11 years. It has a number of prompts for short performances called “gestures.” These include “Your Life: With 3 Objects and 3 Sounds” and “Confessional Self, ” among others. Students are graded on the “Nude/Naked Self” gesture just like all the other gestures. Students are aware from the start of the class that it is a requirement, and that they can do the gesture in any number of ways without actually having to remove their clothes. Dominguez explains this – as does our advising team if concerns are raised with them. There are many ways to perform nudity or nakedness, summoning art history conventions of the nude or laying bare of one’s “traumatic” or most fragile and vulnerable self. One can “be” nude while being covered.

RT @SherryMallory: So excited that commencement weekend is finally here! If you're not able to join us tomorrow, watch livestreaming at htt… Fri, 12 June 2015 09:17 PM