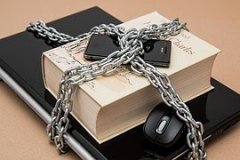 Clearly the IP covered by such policies will range from copyright in a student's course work, through design right, to in some cases to patents arising from academic research. It remains unclear how much students understood about these rights when they were asked to sign them away. These policies are understandable from the point of view of the universities which are increasingly keen to exploit academic research and innovation as an important revenue stream, but is it really fair that some students are being denied the right to exploit the fruits of their own creativity, especially when they are paying for their tuition?

This comes after the recent launch of the IPO's IPTutor online tutorial and the BBC's Copyright Aware project (about which see John Ensor's post here) which aim to address a lack of IP awareness amongst young people in general. Students in higher education were identified by a 2012 study (pdf) jointly sponsored by IPAN, the IPO and the National Union of Students, as being eager to receive more teaching on the subject of IP. That study found that 84% of students they contacted thought that having a broad knowledge of IP was important to them in their studies and for their future careers, although only 40% of students considered their current awareness of IP to be enough to support them in their future career. The study also concluded that more should be done to introduce students to IP while they were in secondary education. Teaching on IP in schools was very patchy, and in large part just consisted of making pupils aware of avoiding plagiarism, rather than acting as a foundation for IP in general. 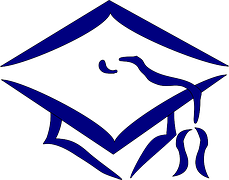 The THE article quoted Charles Oppenheim, a visiting professor at the University of Nottingham, as saying these IP-grabbing policies in universities are a result of "ignorance rather than anything else", and he pointed to the JISC Legal report from 2007 which had warned that such contracts could well be found to be unfair if they were ever challenged in court. Mandy Haberman, a director of the IP Awareness Network, felt there was a huge amount of confusion about IP within the higher education community.

Some of the reasons quoted by the universities do tend to support this suggestion that ignorance and confusion lie behind these policies. The Royal College of Art claimed that it held the IP rights until graduation in order to protect students' work from infringement. On the other hand, the London Metropolitan University wanted to have the rights so that it would not be liable for infringing the students' work if copies had to be made available to second markers.

@therachelcoker I'm assuming they have image rights, because i've never signed anything. They take a lot of candids of students as well Sun, 21 June 2015 02:07 AM

@oxba: Political rights was never a privilege to the people here, can't blame the students for having no exp, they are not exposed to it. Sun, 21 June 2015 01:59 AM

HA! @JoshuaRose there actually is a contract that gives ESL students/haters exclusive naming rights. Plz don't ask me y! If I tell u I DIE. Sat, 20 June 2015 08:19 PM