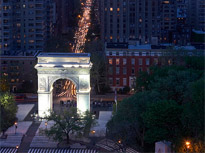 Call me a crotchety old preservationist, but this all seems a little sad. And also inevitable.

I can’t complain too much, though. Attending the university that most champions international competition - and probably drives most of it with its insatiable satellisation of the world - I’ve totally bought into the whole globalisation of higher Ed. thing.

“One a recent trip to a poor province in China, he says he saw that schools were often the most impressive buildings. He says in the West, it is more likely to be a shopping centre”.

These findings kind of fly in the face of the whole idea of decentralising education. Although having said that, I wonder how many Uighurs or Tibetans were included in the survey. Pisa doesn’t analyse, obviously, equality and justice in social studies curricula.

Anyway making human rights jibes at China is like shooting fish in a barrel. These are still fascinating findings. When I was teaching in Mexico a few years ago, Pisa data was everything. There was a mad rush to make Mexican schools at Finnish as possible. I wonder if a Chinese makeover will be on the cards next.

Graduate Students at NYU Have Reached a Settlement
Related Posts

RT @TStarrMarshall: I need site visits for 15 students on my course at NYU London particularly Neurorehab & SAC Clinics. Can anyone help? P… Sat, 13 June 2015 06:38 AM

HEY, #NYU #students with nothing to do tomorrow night! Come to the #BarNoneComedyShow every Tuesday at 8PM @BarNoneNYC #EastVillage #Free Mon, 15 June 2015 07:11 PM

RT @EurotripTravel: ATTENTION #NYU STUDENTS: Are you spending your fall semester in #Europe ? Which country & city? Tweet at us for tips! Wed, 17 June 2015 07:30 AM