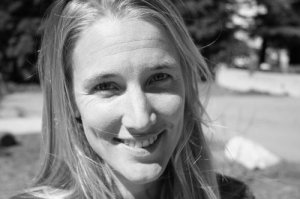 Local education reporting is rarely glamorous, but a team of California journalists has shown that it can be powerful.

They revealed that the superintendent of a small school district in Los Angeles County had received excessive compensation and an unusually plush set of perks at the same time tight budgets were forcing teacher layoffs and budget cuts.

As a result of their work, the superintendent was removed from his job. The FBI and local officials launched criminal investigations. State legislation was drafted to prevent similar abuses from occurring elsewhere.

And on Monday, the journalists and their newspaper — the Daily Breeze in Torrance, Calif. — were rewarded with a Pulitzer Prize. It was an unexpected recognition for a small newsroom and the first Pulitzer for any paper in the Breeze’s chain, the Los Angeles News Group.

Reporters Rob Kuznia and Rebecca Kimitch and editor Frank Suraci won the award for the Breeze.

Kuznia was the education beat reporter covering multiple school districts in the area. He kicked off the Breeze’s series of stories when he discovered, after deciphering dense contract language, that Jose Fernandez, the superintendent of the Centinela Valley Union High School District, had been paid more than $660, 000 in 2013.

The newspaper documented that the Centinela Valley school board had also given Fernandez a home loan worth $910, 000 with no down payment and an interest rate of 2 percent — incredible terms for anyone, but especially for someone like Fernandez, who had just emerged from personal bankruptcy.

Fernandez cemented his position by steering contracts to political allies, according to the Breeze, and by inserting a provision into his contract that made him difficult to fire by requiring a super majority of school board members to vote in favor of removal. And school board members were paid more than five times the legal limit for a district of Centinela Valley’s size, according to the Breeze.

The district is about four square miles and serves about 6, 000 students.

“This goes to show what solid local news reporting can do over time, ” Sciacqua said in March, after the series was recognized by the Scripps Howard National Journalism Awards. “Rob fought for and deciphered thousands of documents and kept digging until he had all the pieces. Ultimately, his work helped people who didn’t even know they were being taken advantage of — and they still wouldn’t if not for this reporting.”

Kuznia left the Breeze in August and now works as a publicist at the University of Southern California’s Shoah Foundation, according to his Web site. Spokesman Josh Grossberg said by phone that he’d sent Kuznia home to celebrate Monday, and Kuznia didn’t answer his cellphone — perhaps because he was celebrating.

The Pulitzer citation lauded the reporters “for their inquiry into widespread corruption in a small, cash-strapped school district, including impressive use of the paper’s Web site.”

The Breeze won in the local reporting category. Finalists were reporters for the Chicago Tribune, for an investigation into government corruption in a Chicago suburb, and the Tulsa World, for their reporting after a botched execution in Oklahoma.

RT @LeoAfricaForum: Lack of or unequal access to education & social safety nets =poverty. As a generation, we must act strategically to red… Wed, 17 June 2015 12:54 PM