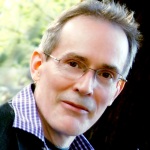 Where are you in your writing career? I find it useful to categorize prepublished writers in one of four stages, Freshman, Sophomore, Junior, or Senior. You should not assume that you automatically advance one level per year. One year is a reasonable amount of time to spend at each stage, but it is possible to take much longer. I think I spent eight years as a junior. That’s about seven years too long.

Freshmen are novice writers. They often have very fine content, but their craft is unpolished and they usually don’t have any contacts at all. Most Freshmen are scared to death by the very idea of talking to an editor. Or they have an outrageous scheme for getting an editor’s attention with the creative use of explosives and lingerie. Some Freshmen are simply astounded that editors aren’t lining up to write checks for six-figure advances. But most Freshmen are convinced that they will never sell anything and they might as well give up. It’s fair to say that all Freshmen are very confused. That’s OK!

Sophomores have a bit of writing under their belts. They’ve improved their craft and probably also their content and they’re starting to get restless. Just how long does it take to get published, anyway? And how do you write one of those book proposal things? And do I really have to meet editors? Does anybody ever actually get published by going to writer’s conferences? Why can’t those editors see that my book is a heartbreaking work of staggering genius and just publish the thing?

Juniors have gone even further. They’ve become strong writers. They’ve submitted some actual proposals at conferences. They’ve had an editor say those magic words — “Send me that proposal.” They’ve gotten that unmagic letter — “We’ve studied your proposal carefully and it does not meet our needs at the present time.” They now know a few editors. More importantly, editors are beginning to know their faces. Juniors are a frustrated lot. Their friends can’t understand why they’re not published. There is a reason, of course — they’re not Seniors yet. But they soon will be . . .

RT @andreew_lopezz: "Freshman year was depressing sophomore year was shit & I have hope junior year will be better and senior year has to b… Fri, 19 June 2015 11:21 PM