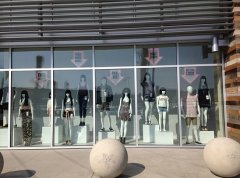 It sounded almost satirical when Forever 21, the fast-fashion retailer known for its rock-bottom prices, announced plans for a new concept store devoted to selling its cheapest clothing. But the company wasn’t kidding: F21 Red, as it’s known, has been up and running for almost three weeks at a shopping center outside Los Angeles, and it represents the first store in what may be a new chain.

Forever 21 says that customers wanted a separate store for the chain’s basics, which come at stunningly low prices — $1.80 for camisoles, $7.80 for jeans, and $3.80 for T-shirts. That matches prices in regular stores and online, a spokeswoman told BuzzFeed. 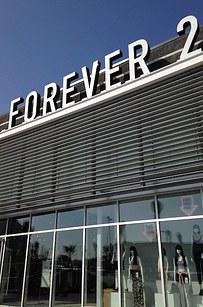 But F21 Red gives the impression it’s a discounted Forever 21, since its staples are among the retailer’s cheapest merchandise, and the point of the 18, 000-square-foot space is to sell a vast amount of such items.

Whatever Forever 21’s ambitions, the new store has mostly drawn renewed attention to how the private company can afford to sell shirts and leggings for the price of a latte or a breakfast sandwich. The human cost of fast fashion has been in the spotlight since the collapse of Rana Plaza in Bangladesh last year, a tragedy that left more than 1, 000 dead, and some experts are wondering why Forever 21 is choosing to showcase such low-cost clothing. 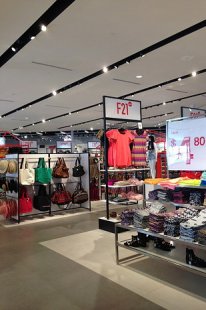 It’s not possible for clothes sold at these prices to be made in a humane way on a sustainable basis, says Allan Ellinger, a senior managing partner at investment bank and restructuring advisor MMG, which advises the fashion and retail industries.

“Think of all the steps that have gone into that garment just to get it to the selling floor … there are people making a profit on every single add-on, ” he said. “Then you bring it to the store and the store’s going to make a profit? I’m not quite sure how this works.”