What Are Standardized Tests? - Unitech Student

What Are Standardized Tests? 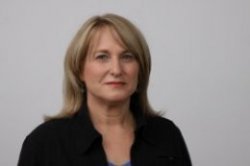 Marion Brady is a veteran educator who has long argued that public education needs a paradigm shift, though not the same one pushed by school reformers who champion the Common Core State Standards, school choice and vouchers. Brady says schools need a complete transformation in what and how students learn. He has also been highly critical of standardized testing. Here’s his latest piece. You can see some of his earlier pieces here (Why Common Core isn’t the answer), here (One way to solve America’s major curriculum problem) and here (‘The Procedure’ and how it is harming public education).

As my students were taking their seats, Myrna, sitting near my desk, said she’d just read a magazine article about secret societies in high school. What, she asked, did I know about them?

I knew nothing—had never even heard of them—but the matter was interesting enough to quickly engage my eleventh-grade English class, so I let the conversation continue. Someone suggested making it a research project and I told them to have at it.

The school library wasn’t much help, but somebody figured out how to contact the student editor of the school newspaper in a town mentioned in the article and wrote her a letter. She answered, other contacts were made, and kid-to-kid communication began. How did the societies get started? Who joined them? Why? How? Did they create problems? If so, what kind? Were the societies more than just temporary cliques? How were teachers and administrators reacting?

That happened in a class in a semi-rural high school in northeastern Ohio many decades ago. I’d be willing to bet that if any of the participants remember anything about the class, that research project would be it.

What are the standardized field sobriety tests?

How important are standardized tests? What about the TOEFL?
Related Posts

@edvents Standardized tests are here to stay (imho), so what if we reinvisioned it to be more individualized and engaging? #edchat Tue, 16 June 2015 07:31 PM

RT @jaimefesta: MA spends $46 per student per year on standardized tests. AZ, what are we spending and how could that money be better spent… Thu, 18 June 2015 04:52 PM