Shaping a Digital Decade For M-DCPS 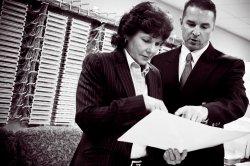 Debbie Karcher has worked in IT with the Miami-Dade County Public Schools for 27 years. After seventeen years with the district, she worked in the private sector for Amadeus and Motorola, returning in 2001 as CIO. She manages 500 people; 250 technicians are assigned to schools to support students and staff, and the rest are in development, training and security. District Administration often references M-DCPS, one of the nation’s largest districts. We felt it was time to talk with the CIO.

How closely do you work with Superintendent Alberto Carvalho, and how involved is he in making technology decisions?
Karcher: Mr. Carvalho drives major innovations; however we work closely together on technology decisions. The areas I support include Computer & Facility Operations, Assessment & Data Analysis, Data Security, Program Management, Systems & Programming, Network & Infrastructure, Field Support & Telecommunications, Accountability & Research Services, and Federal & State Compliance. We branch out into all areas and work with the superintendent as well as his curriculum group and IT curriculum group. So in that sense, we all march together in technology.

What do you see as the most important tech trends for education over the next few years?
Karcher: I think first and foremost is the capacity of school districts to be able to manage the content, testing and virtual initiatives that are taking place. Currently for every 1, 000 students, you need 10 MB of bandwidth. And by 2014 or 2015, it will have increased tremendously. We have to figure out how we’re going to do that and how we will pay for these increases. That’s number one. The next most important tech trend is having devices for all our students. If we’re moving to digital content and away from textbooks, how are we going to manage that, especially in large urban districts? When they implement textbook replacements in a district that has 10 schools, it’s a lot easier than trying to do it in a district that has 360 schools. There are a lot of the same issues, but it doesn’t scale quite the same way.