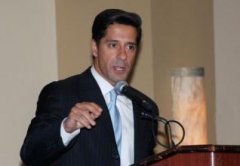 The superintendent of the nation’s fourth largest school district, Alberto Carvalho of Miami-Dade public schools in Florida, just announced what he called “the most aggressive decommissioning of testing in the state of Florida, if not in the country.” He said on Thursday that he was cutting the number of district-developed end-of-course exams from 300 to 10 — including all for elementary school — to “restore teaching time” and “respect the educational environment.”

Other districts in Florida are doing the same thing, a reaction to a new law signed last week by Gov. Rick Scott, which was meant to reduce the number of standardized tests given to students. The law was seen as a response to a parent- and educator-led anti-standardized testing movement in the state, part of a movement to protest excessive high-stakes standardized testing that has led to continuous test prep and a narrowing of curriculum.

Florida has been at the forefront of the rise of high-stakes standardized testing, with former governor Jeb Bush instituting test-based accountability system when he was governor from 1999-2007. With Bush expected to announce that he is running for the 2016 Republican presidential nomination, anything that affects his legacy has resonance beyond the state.

The Florida law eliminated the 11th grade English Language Arts exam (already suspended by Scott earlier in the school year), and gave districts leeway to get rid of others — which is what is happening now. The law also reduced the weight of student test scores on teacher evaluations, from 50 percent to a third, and mandated that a commission assess the validity of the Florida Standards Assessment, the new exam aligned to the state’s standards. (Florida dropped the Common Core and the Core-aligned PARCC aligned and designed its own standards which critics say are similar to the Common Core.)