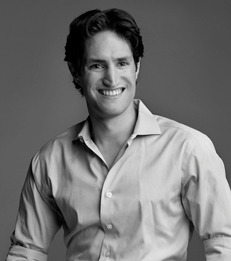 New research from NYU Stern School of Business Professor Adam Alter and UCLA Anderson School of Management Professor Hal Hershfield shows that when adults approach a new decade in age (i.e., at ages 29, 39, 49 or 59), they search for existential meaning and behave in ways that can be constructive or destructive.

In six studies looking at exercise, extramarital affairs and suicide rates among adults between the ages of 25 and 64, the researchers determine that certain numerical ages inspire greater self-reflection than others. Further, the authors suggest that people across dozens of countries and cultures are prone to making significant life decisions as they approach each new decade.

Background on the studies and key results:

“People are more apt to evaluate their lives as a chronological decade ends, and, as a result, more likely to make life-altering decisions, ” explain the authors. “As we age, it’s good to understand this propensity so we’re more likely to make constructive rather than destructive choices.” Professors Alter and Hershfield also posit that the implications of their studies could be significant for consumers. “Our research suggests that people who are nearing the end of a decade may be more likely to make large purchases (e.g., buy life insurance, invest in retirement savings, pursue cosmetic surgery, etc.). Being aware of the tendency to do so can help consumers decide if they are making such decisions for the right reasons.”

The article, “People Search for Meaning When They Approach a New Decade in Chronological Age, ” was published on November 17 in the Proceedings of the National Academy of Sciences.